COVID-19 info: We are still open, however, some of our services may be impacted during this time. See our COVID Safe page for more information. 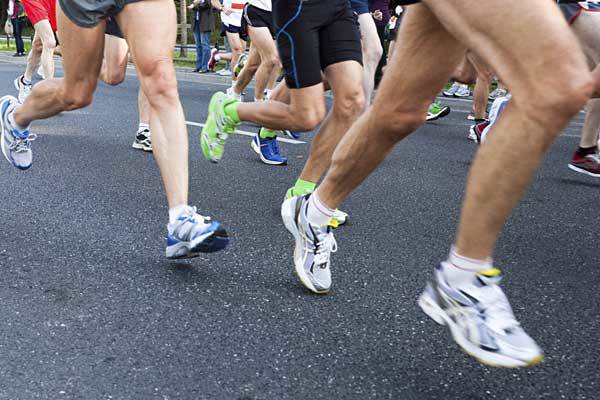 Having spent a long time running and preparing for fun runs off the back of regular training, it is important to always be humble to the 'Laws of Running'.

Not so many years ago I decided to take my body to the next level and attempt a Marathon. Not so hard, I thought to myself, after alI, I've done heaps of ‘halves' just apply the same sort of tactic to the longer distance. Set a plan, stick to it, and complete the goal.

Simple enough. Well no. It seems that running longer distances for the less-than-perfect-distance-running-body-type might have some disastrous consequences. For starters the selection criterion to take on distance running seems to be ‘crazy, obsessional types that have a high threshold for discomfort and low threshold for failure.’ (Sometimes referred to as rigid A-types that stop listening to reason and thrive on pain), this proved, surprisingly, to be more an obstacle than strength.

Listen to Your Body or Pay the Consequences!

So what went down?

The early starts and the relentlessly building schedule that took over the brutal Melbourne winter, passing by other ‘nutters’ running most of their Sunday morning and then sleeping most of the afternoon.

The tempo run, the interval runs, the ‘recovery’ run, I loved it! What I failed to notice that as my body changed to resemble a distance runner so did my mind. I had become a drug addict, addicted to the endorphins released after continuous running. They were masking the niggles and throwing common sense out the window.

The slight niggle that started with a long run, culminated into a sore knee that had not settled after one rest day. Although it probably only needing an extra day or sane advice from one of my colleagues, my rigid running program had an interval session and I was not altering it at all. Not at one month out from the marathon!

What happened next was a series of poor runs including the next long run that, I am ashamed to say, I pushed through with worsening pain for 19km. (Running with my leg turned out to try and unload). Well that was the breaking point. I sent my running partner off on her own and I caught the train home.

The next period of my life was the best lesson I could have ever received. Not only could I barely walk that next week, I couldn’t run at all. I did not do the Marathon. I was unable to go to the gym, go hiking for the summer, ride a bike or even swim without discomfort. It was 4 long humbling months before I could don the sneakers again. Sometimes that level of sobering lesson is just what is required.

The next year I took a different approach, I decided to do some cross training, I did listen to my body when it was overly fatigued and I addressed any niggles early. I had a plan but allowed flexibility within it. I begun my base training earlier and I built in some relative lower load weeks within the overall build to October.

My running partner had also lost her mind that year, despite many more years of Marathon experience and a equally relevant Physiotherapy degree, she was also unable to complete the 2012 Marathon due to a stress fracture…2013 was a run we both wanted to run with wisdom and humility, so we collectively wrote some ‘rules to running’.

Ultimately the last 3 rules seemed to be the most important and the others all stemmed from there. 2013 finishing the 42.2km run was still one of the most amazing physical achievements in my life but bigger still was the lesson around connection with my body and flexibility with goals.